For Your Active Lifestyle 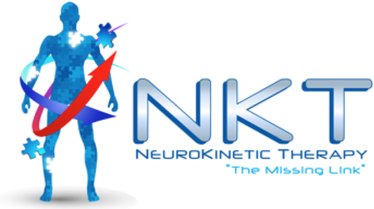 Where does movement come from? How do we know how to coordinate all the muscles in our body to perform movement? Why does it hurt to bend this way or reach that way?

The answer is very complex and for those experiencing pain and/or discomfort, the answer doesn’t often matter, they just want to feel better. However, I’d like to explain a few things so you have a better idea of what it is I do with Neurokinetic Therapy™.

First, to produce movement your brain must receive, interpret and organize information, then coordinate that information into sequences of muscle activation. This is a process that is constantly evolving and changing depending on our lifestyles and the type of postures or activities we do. We learn movement through failure, and it’s not entirely under our voluntary control.

Think for a moment about how babies learn to crawl. If you’ve ever just watched the progression, you would notice that it happens in stages over time. They don’t automatically know the proper sequence of muscles that need to be activated. They try one thing and fail, then another and fail, until eventually they figure it out and that sequence of muscle activation becomes automatic. As David Weinstock, the father of NKT™ says, “Our brains learn from failure.” That is how we learn any and all movement including dysfunctional ones. Learned movements have the potential to eventually lead to pain or the perfect execution of a squat or double back handspring.

Neurokinetic Therapy™ therefore is a technique that recognized the importance of how our brains receive, organize and produce movement and utilizes it to make significant changes in movement patterns. The brain has to relearn how to perform functional movements and rid itself of dysfunctional ones.

How is this done? Through light to moderate muscle testing, not to be confused with a strength test, the NKT™ protocol assesses the muscles’ responsiveness and looks for compensation patterns to address the issue at its root. A tight muscle doesn’t always mean it needs to be stretched or released; you first have to understand why. Compensation appears in countless ways and when discovered, the practitioner performs a release followed by an activation that in turn kick-starts the neural reset into relearning the proper movement pattern.

Pain is a symptom; you want to find the cause. 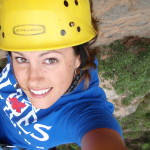 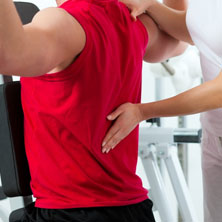 Active Release Technique is a highly effective manual technique. We take your muscle through its full range of motion while we apply longitudinal tension to the muscle. 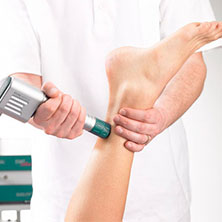 Shockwave Therapy is very high intensity sound waves that cause small micro trauma which reminds the brain to heal the symptom site and literally regenerates tissues in that area. 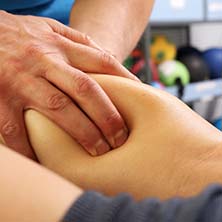 Massage therapy is a combination of manual techniques used to manipulate the soft tissues of the body.